Натурал Борн Киллерс - known in English as Natural Born Killers and commonly shortened to NBK - were an industrial rock group formed in 1975. One of the earliest and most enigmatic industrial bands to come out of Europe, NBK never recorded any studio albums. All that remains from their output are bootleg live recordings. The band’s members were notoriously personal about their information and would keep their identities secret by referring to each other by initial. The band’s “classic” lineup from 1979 to 1985 consisted of V, Z, S, N, and M.

While never reaching the same levels of popularity as their contemporaries, NBK had a deep cult following across Europe and America. NBK’s live shows were often unpredictable. Sometimes they would play a regimented set, sometimes do live audio experimentation and sometimes wouldn’t play at all. They were notorious for arriving to venues and being so intoxicated and violent that they never made it onto the stage. There are a few reported incidents of V nearly killing security guards in a drunken rage. Guns were often present at their live shows and while there are no recorded incidents of anyone being killed by the band, audience members were frequently injured. On multiple occasions V would lacerate himself with broken bottles before hurling them into the crowd, often causing riots and fights.

It is heavily rumored that several members of the band worked at one time or another in the Serbian Mafia, under Ljubomir Magas, known as the “Godfather” of the Serbian Mafia during the 1970’s and 80’s. The mafia was also connected to underground crime circles in Germany. In the mid to late 70’s V would frequent krautrock and industrial shows in Berlin and Düsseldorf when on mafia assignments. The experimentation and free wheeling nature of these bands inspired him and led to the formation of NBK. 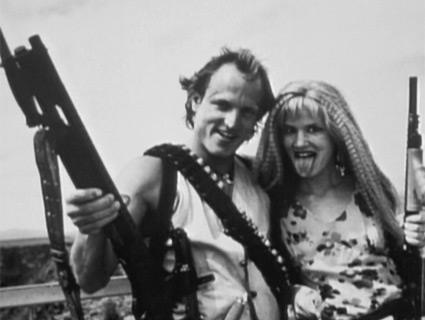 The 1994 film “Natural Born Killers” was actually named after them, as Oliver Stone was a big fan of the band. Stone has even stated in interviews that Mickey, Woody Harellson’s character in the film, is inspired by V. This has stirred some controversy about a possible connection between NBK and the Columbine massacre, since “NBK” was code used by Eric Harris and Dylan Klebold for the Columbine school shootings on April 20th, 1999.

Members of NBK also mutually shared a fascination with J.R.R. Tolkein’s book trilogy, “Lord of The Rings.” They were particularly interested in the similarities between the eye of Sauron and the Eye of Providence seen on the back of the American dollar bill. They believed that Tolkein’s book and his drawings of middle-earth were metaphorical maps leading to Illuminati headquarters. At the time it was the goal of the Serbian Mafia to find the secret meeting places of the Illuminati and kill its members in order to slowly replace them in seats of power around the world. 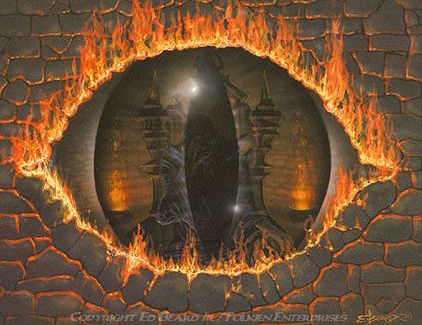 The castle was a prominent symbol in NBK’s flyers and performances, it is the image generally most associated with the band. It was said to have stood for the band’s unbreaking resolve and their associations with the Serbian mafia’s powerful crime empire. NBK had a strong interest in the melding of man and machine and the separation of the human soul from the physical body. They believed that in the future, man’s consciousness would be divided in two, the interior and exterior self being split by technology. They believed heavily in the power of man’s technological progress. The band’s motto was “Trust No One” - which tied into their ruthless philosophies on the survival of the fittest.

You can read a few other writings from me here: